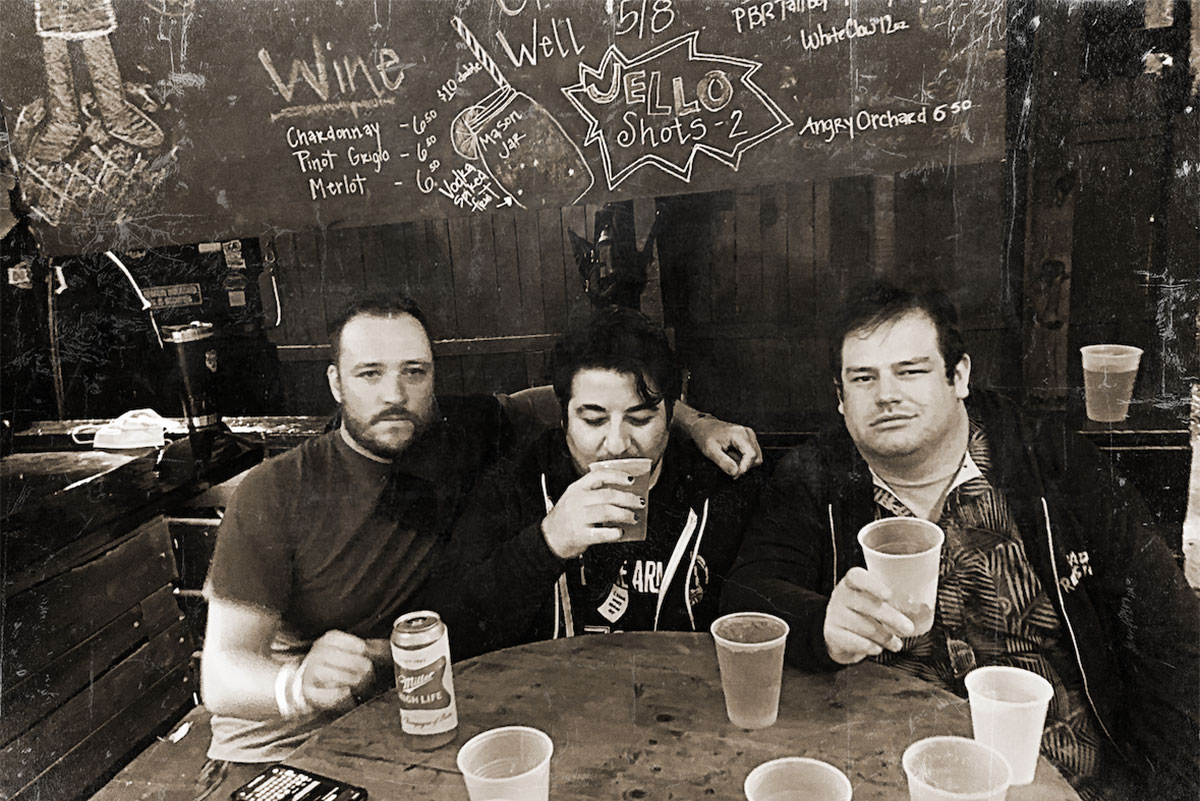 So Cal punks Moonraker who jokingly call themselves “The Michael Jordan of Baseball of Punk Rock” have released their new album 'The Forest'.

In discussing the new album, drummer, vocalist David Green explains, "This record took forever to make and it nearly killed me. When we got back from tour in 2019 I was falling apart. Physically, mentally, personally, you name it. I wasn’t sure about my place in the people I cared about’s eyes, in the punk scene, in anything.

I wasn’t sure exactly how to start working on new material, but never the less we tried to. Then all of a sudden we were stranded in Mexico after our vehicle and all of our gear was stolen. I was already holding together by a thread and in an instant, the one thing that sort of made me feel ok was gone.

So we stopped writing songs for a while so we could slowly figure out how to get new instruments. Then once we did and were finally feeling good enough to start working on it again, a funny thing happened: the world shut down. We got laid off from our jobs, our families were at high risk, and once again we were kinda stuck in limbo. We again paused working on new songs (or anything) for a few months.

Eventually, me and Nick started meeting up a couple times a week in my backyard, him on one side of the yard with an acoustic, me on the other side with a practice pad, and we finally started working on these new songs. We re-wrote most of what we had already, we wrote and re-wrote new ones.

Matt, who had recently joined the band in the middle of all of this, started joining us in these backyard practices. We started quarantining together and taking multiple tests a week so we could finally be in a room together to finish up for real and record them.

And the end result is that these are hands down the best Moonraker songs on the best Moonraker album. Nick killed it, Matt killed it, I killed it, Chris Collier (who recorded it) killed it. I feel closer with Nick and Matt as bandmates and friends and am super proud of the musicianship that they brought to the table on this one. And even though it’s 12 songs documenting perhaps the darkest part of my life, all three of us are in agreement that we couldn’t be more proud of it which makes me happier than anything."